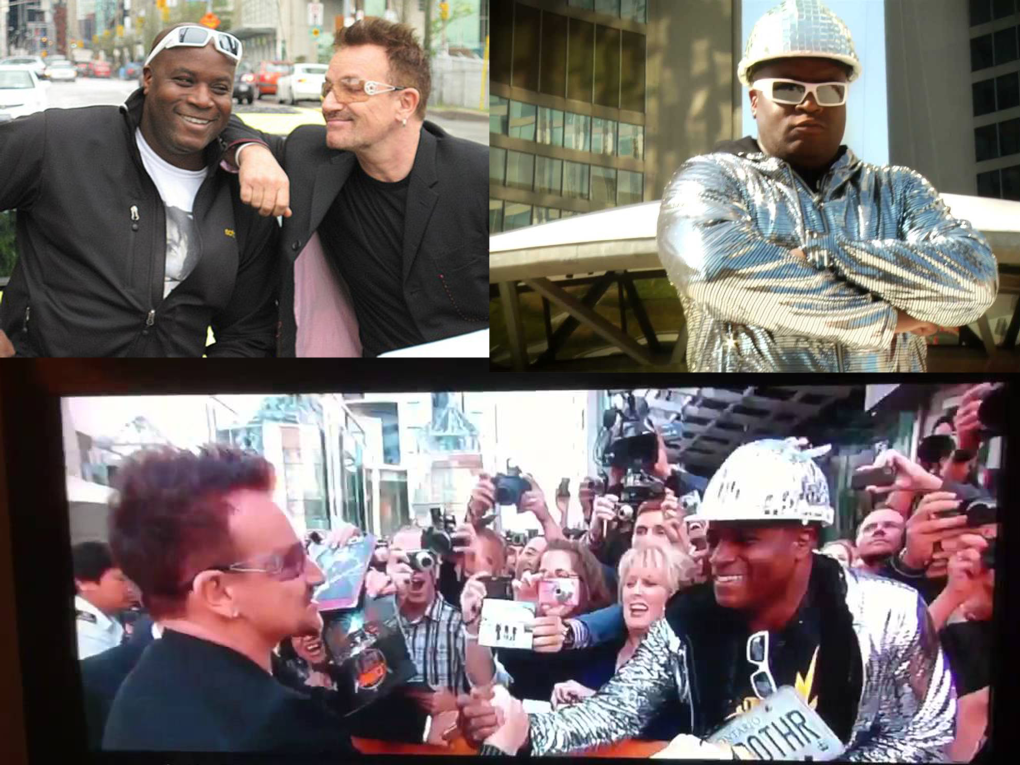 Mark Baker is the epitome of the word persistent. As a teenager, he was introduced to the band U2, and it was a moment that would forever change him. 20 odd years later, Mark would be considered one of U2’s many super fans, appearing on stage with them several times. He is best known for getting up on stage with the band Montreal dressed as a human mirror ball. He has danced with Bono and even held him like a baby in front of 20,000 spectators; even appearing with his U2 tribute band “Acrobat” in Toronto.

In the podcast, we talk about Mark’s love for U2 and what they mean to him. We also talk a bit about his less interesting but probably far more important other life as an elementary school teacher. It must be pretty cool to know that your teacher is THE U2 BROTHR!! (sic)

Find out more about Mark in the documentary “U2 BROTHR” on YouTube.
Great talk with a great dude!!