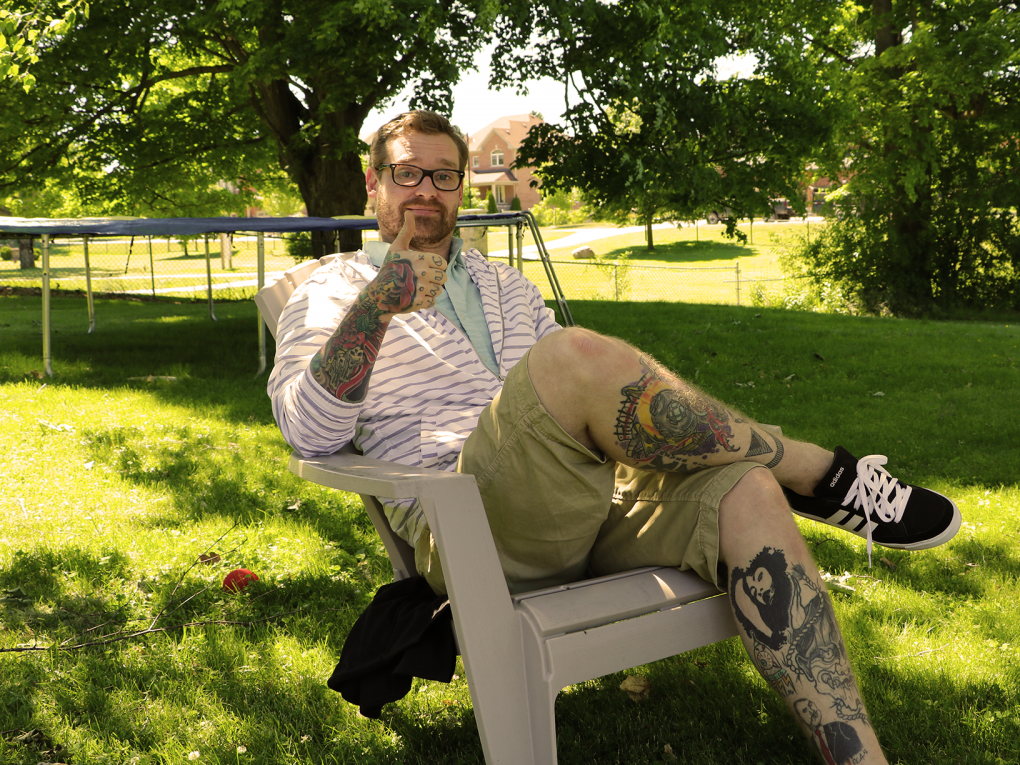 Connor Lovat-Fraser is the lead singer and lyricist for “Boys Night Out”. Boys Night Out is a band from the surrounding areas of Burlington and Hamilton. The band formed in the early 2000’s, a time when the record industry was fractured. The music industry then was dealing with how to repair the damage from illegal downloading with its bloated staff count and slow reaction time to change. Boys Night Out feed off a desire for the DIY ethic as well as the changing business landscape to create some really great music. Connor and BNO’s best achievement before their hiatus was the album “Train Wreck”, a concept album dealing with death and mental illness. That album opened the door wide open and because of their own short comings and a relatively unsuccessful follow-up, the band was put on hold. Ten years later, BNO reformed and have released their strongest release yet “Black Dogs”. Six well crafted gems that in my opinion songs that surpass “Train Wreck’s” effort. In the podcast we talked about what it’s like to finally learn to drive, fatherhood and music.