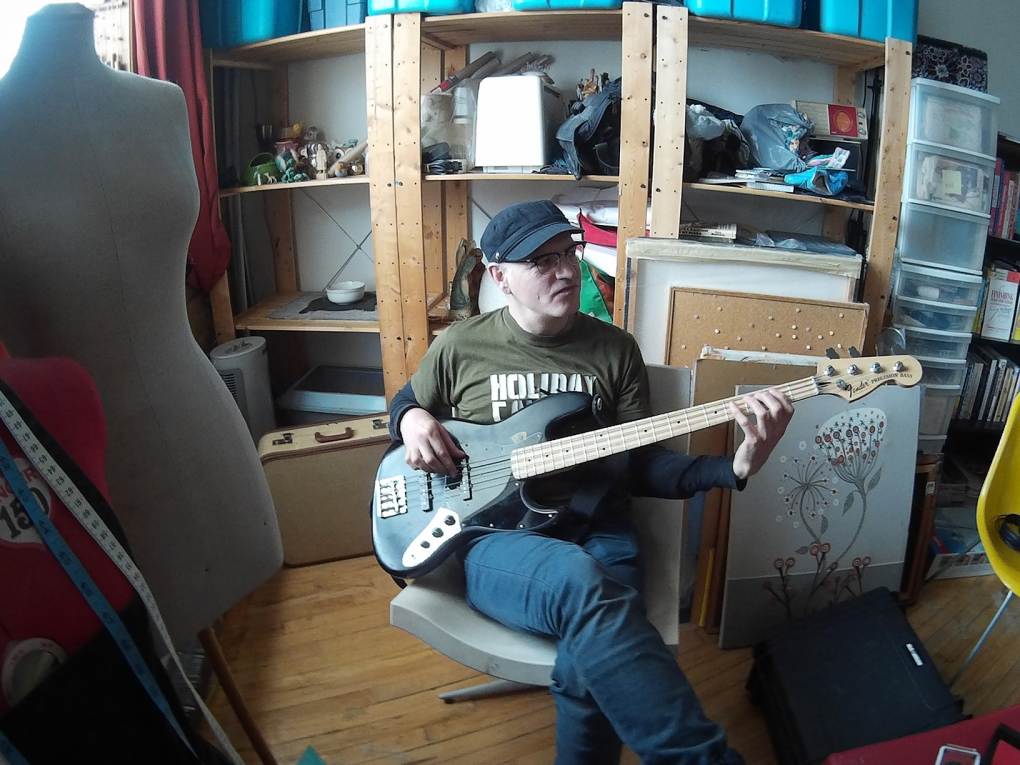 John Sutton is the ex bass player of Winnipeg folk rockers “the Weakerthans”. John has also been in other bands like “All Systems Go” (with John Kastner) “Sandfly fever” and even my band “Four Square”. He now plays in a few bands out of Toronto like “Arson”, “rusty” and “Sids Kids”. John was the first real friend I made in Winnipeg when I moved there in 1992.

After leaving Regina, John moved to Winnipeg and lived there until the success of “the Weakerthans” allowed him to move to Toronto. He currently works at the Air Canada Centre as a broadcast technician and plays in about 100 bands.

In the Podcast we talked about music and how early punk influences changed both of us with our sense of community and the idea of what success actually is. As one of my oldest and dearest friends, it was a pleasure having John on the podcast.

One thought on “Epi 74 John Sutton”