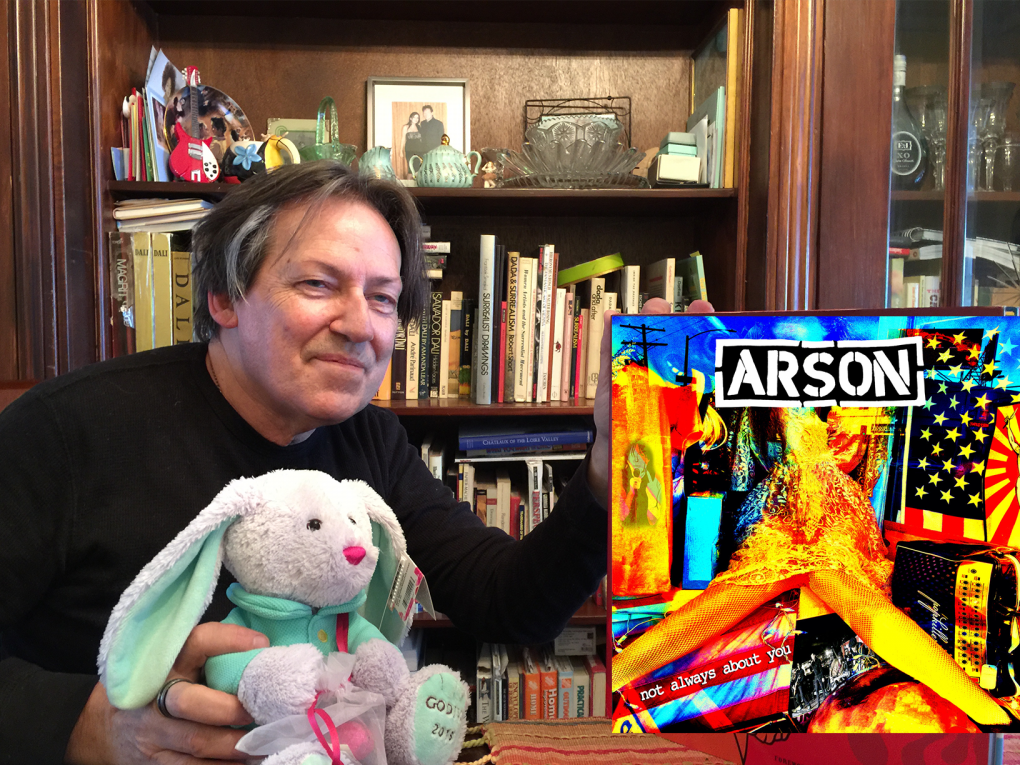 Welcome to episode 80!! Rude van Steenes is a singer in the band “Arson”. “Arson” started in the late 70’s when Rude first met guitarist Marcel La Fleur by chance on the street. The band has been playing live in the Toronto punk scene in several different incarnations with a long break in the middle. Rude has been playing in bands since the early 70’s. Starting out as a drummer, he eventually made it to the front as a lyricist and singer and never went back to the kit. After years of playing, rude got a job with the government and is almost ready to retire in a few years. He balances music, bills and life perfectly and has no regrets.

In the Podcast we talk about his early days and also about his major influences. We talk (of course) about music and trends. A wonderful chat and hopefully a good listen!!