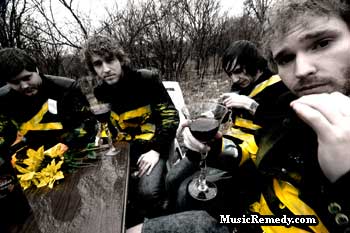 Boys Night Out is a Band Based out of Burlington Ontario.  They formed in 2001 and in under two years were touring all over North America opening for well known bands like Fallout Boy, Motion City Soundtrack, My Chemical Romance and Panic at the Disco.  Cult bands all of them.  Some of them turned into very popular bands.
Boys Night Out released the fan and critics choice album Train Wreck that earned them a Juno nomination (Canadian Grammy) for best new artist.
In this episode, we talk about the 10 year anniversary of Train Wreck