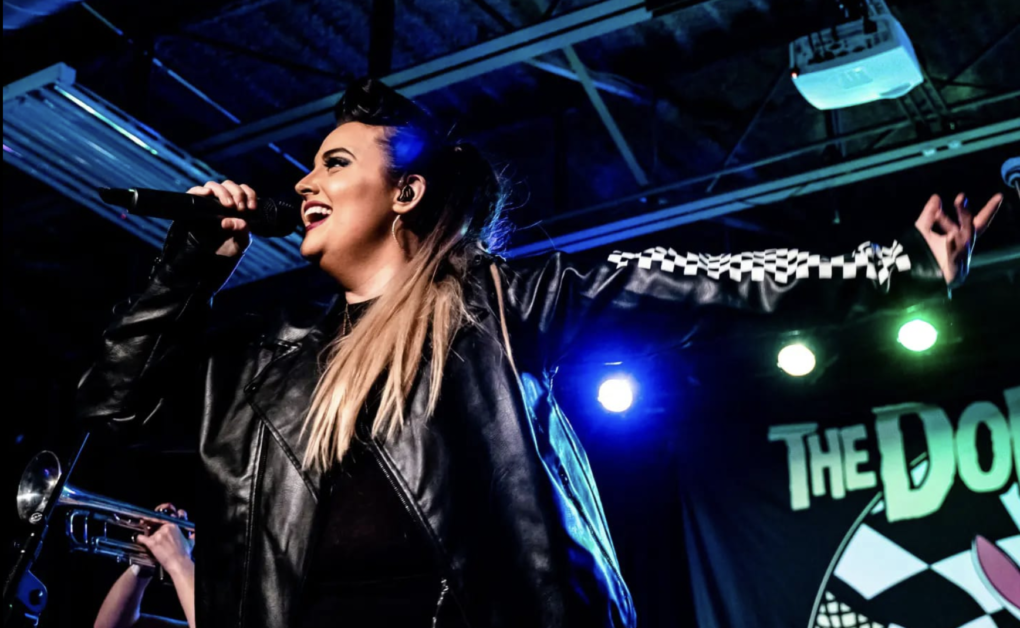 The Von Tramps are an American rock band formed in Minneapolis, Minnesota, in 2015. The group is fronted by guitarist/vocalist Jenna Enemy and features Chelsea Oxborough on guitar and Krissandra Anfinson on bass. The band emerged from the Minneapolis underground punk scene and first gained notoriety for their high-energy live shows and irreverent behavior.

The Von Tramps have an eclectic style offering a new take on the Minneapolis underground sound which combines sludgy Ramones-esk punk tunes with cheeky lyrics and introduces a new wave of rude girl ska. The band’s second full length studio album “GO” will be released on SBÄM records this spring.

Following the successes of their first full length record 2018 The Future is Female and the 2019 follow-up EP Sun’s Out: Strung Out! The Von Tramps are back with GO, a brand-new concept album explored in 12 explosive tracks. With powerhouse vocals by Jenna Enemy, screaming guitars by Chelsea Oxborough, and thunderous bass by Krissandra Anfinson – The Von Tramps’ GO is next year’s must-have and a true original.  GO was recorded and mixed in Fort Collins, CO by acclaimed producer Dustin Phillips, and mastered in Minneapolis, MN by Bruce Templeton of Microphonic Mastering. The Von Tramps iconic rude and riot grrl blended sound paired with anthemic lyrics makes GO the breakout album of next year.

“GO is all about momentum”, Enemy says. “Coming out of the pandemic, all we could think about was how far we could go, when we could go. By being forced into a break from our everyday lives we were also forced to reflect on it; and ultimately found the mundane can trap your soul, if you’re not careful. We hope ‘GO’ inspires future listeners to break through these pressures in order to find a more honest version of life lived fully and creatively.“

The Von Tramps will go on their first Europe tours in 2022 – with Buster Shuffle in spring and with Snuff in Fall.